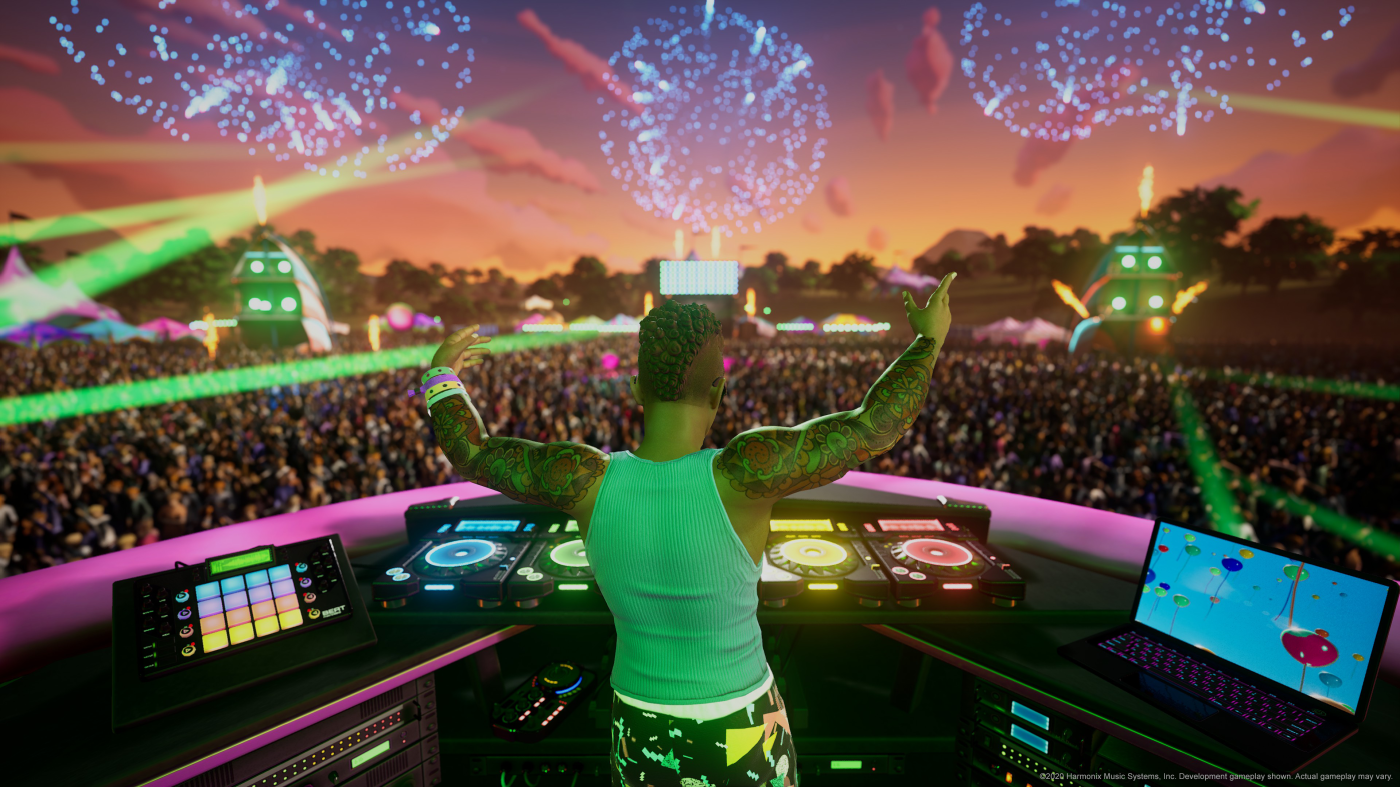 Smart developers don’t let good ideas go to waste. Instead of mothballing technology, they continue to refine it and that’s the case with Harmonix’s new project “Fuser.”

The backbone of the music-mixing games comes from “Dropmix,” a card-based title that Harmonix made in conjunction with Hasbro. It never achieved the same success as its previous efforts such as “Rock Band” or “Guitar Hero,” but the potential of the project was intriguing enough that they saw a future in it.

“The evolution of music games maps with Harmonix’s history,” said project manager Daniel Sussman. “My sense is that the world is ready for a rhythm-action game, where there’s more you can do than see button and press button.”

With “Fuser” players have creative agency as they play the DJ and mix music at festivals. Players have four tracks tied to drums, bass line, vocals and instruments. Harmonix splits most of the tracks into these four elements and they let players drop parts of them into the mix.

The technology adapts the tracks and blends them to a coherent song. It’s like magic. Tunes that may not go together suddenly find a shared beat where elements of the song bleed through. That’s the basis of both “Dropmix” and “Fuser.” But while “Dropmix” focused on competitive card competition as a way to discover mixes, “Fuser” is more straightforward and follows a path comparable to “Guitar Hero.”

As a DJ in the campaign, players have to follow the direction of a promoter who fires off requirements of a set. The promoter will ask players to to drop the bass line of “Don’t Fear the Reaper” into the mix or throw in two pop songs. At the beginning, players have ample time to complete the request, but as the difficulty increases, they’ll have shorter time to complete the task.

‘The Challenge’: Fans Are Blasting Jenna Compono and Zach Nichols for Their July 4th Celebrations

Thankfully, adding tracks is easy as scrolling through a crate full of music using the bumper buttons, highlighting a song and using the face buttons to add it to the mix. Each face button corresponds to the drums, bass line, vocals and instrument.

As players get used to the concept, the game will require them to learn more advanced techniques such as adding a track on the downbeat. This lets the change-up flow smoothly. At first, I had difficulty with it. The timing has to be precise and players will have to watch a beat bar and time their button …