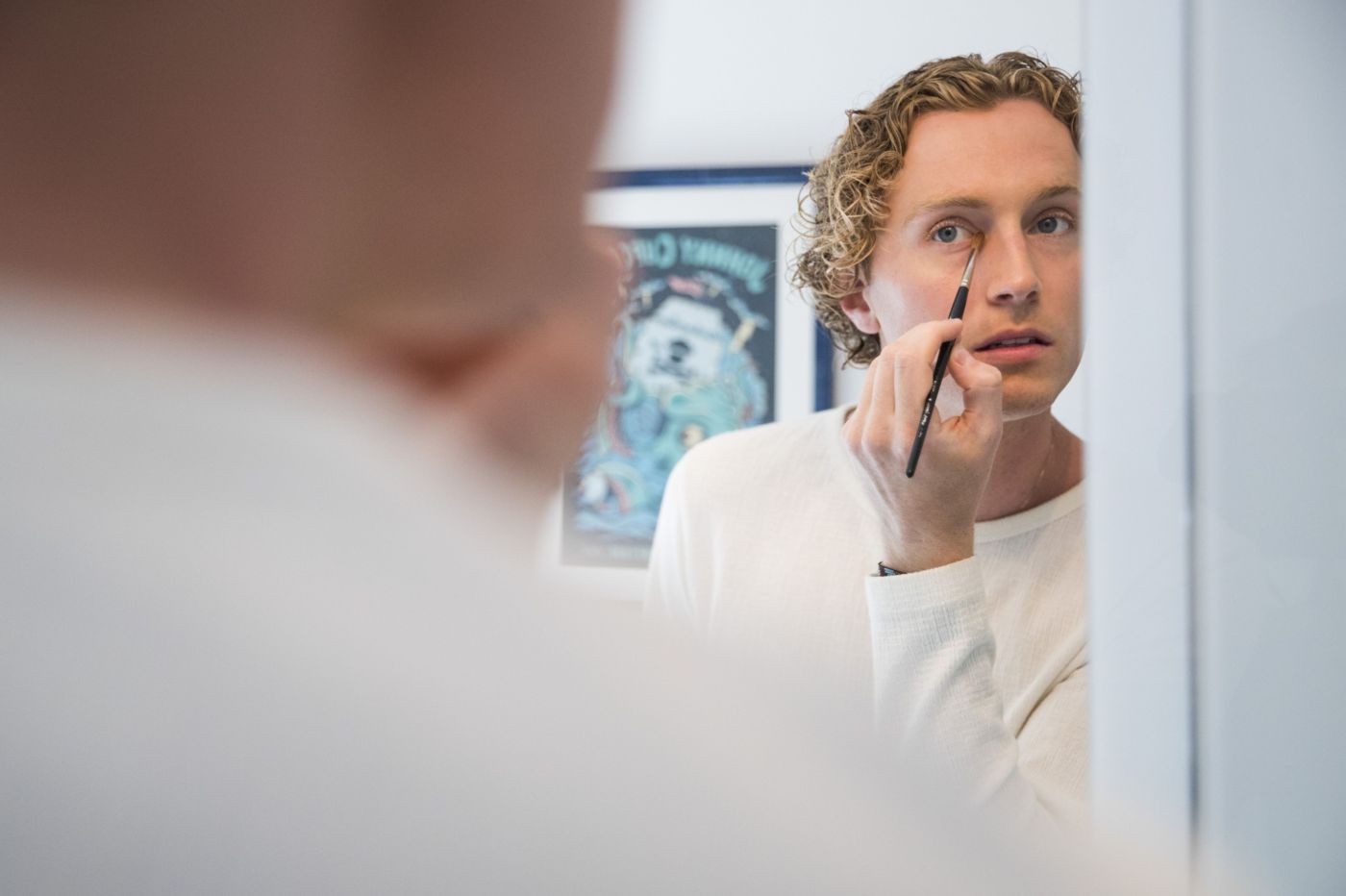 CVS, the country’s largest drugstore chain, is making the biggest bet on the category in the U.S. yet, by adding a cosmetics line from Stryx, a brand launched last year, to 2,000 stores (about a quarter of its total). The retailer is giving more legitimacy to a small but growing group of products that had mainly been sold through high-end stores.

With this move, CVS likely has potential customers such as Max Belovol in mind. The 23-year-old grew up wearing dazzling eyeshadows and foundation for figure-skating competitions but didn’t become truly comfortable with wearing makeup during work until the coronavirus lockdown.

“It’s a Zoom effect,” said Belovol, a law student based in Atlanta, who prefers concealer and its subtle look. “People don’t have to worry about how they look at work. You can paint your nails, and nobody on the Zoom call is going to know.”

Belovol is part of a growing shift— about one-third of U.S. men under 45 said they would consider trying makeup, according to a survey by Morning Consult in September. Chalk it up to quarantine boldness, like Belovol, and the continued evolution of traditional masculinity that has already created a $9.3 billion U.S. men’s grooming and skincare market.

Getting into a nationwide chain marks a quick ascent for Manhattan-based Stryx. Just three years ago, 25-year-old Devir Kahan woke up on his wedding day with a pimple and couldn’t find a quick fix. The episode convinced him that he’d discovered an underserved market — guys looking for a product to make their skin look better, especially during a breakout.

Ask Amy: I can’t sleep because her apartment is so messy

Kahan co-founded Stryx in 2017 and has raised about $1 million from investors, including venture firm XRC Labs. Now its concealer tool ($19.99) and a new gel cleanser ($11.99) will be in CVS locations alongside shaving cream and razors. It’s the “ultimate validation,” said Kahan, also chief executive officer of Stryx, and will help normalize a stigmatized practice that’s flown under the radar for years.

“It’s not about a full face of makeup or color,” Kahan said. “We’re talking about improving blemishes, fixing up under-eye bags, a zit — all these sorts of things.”