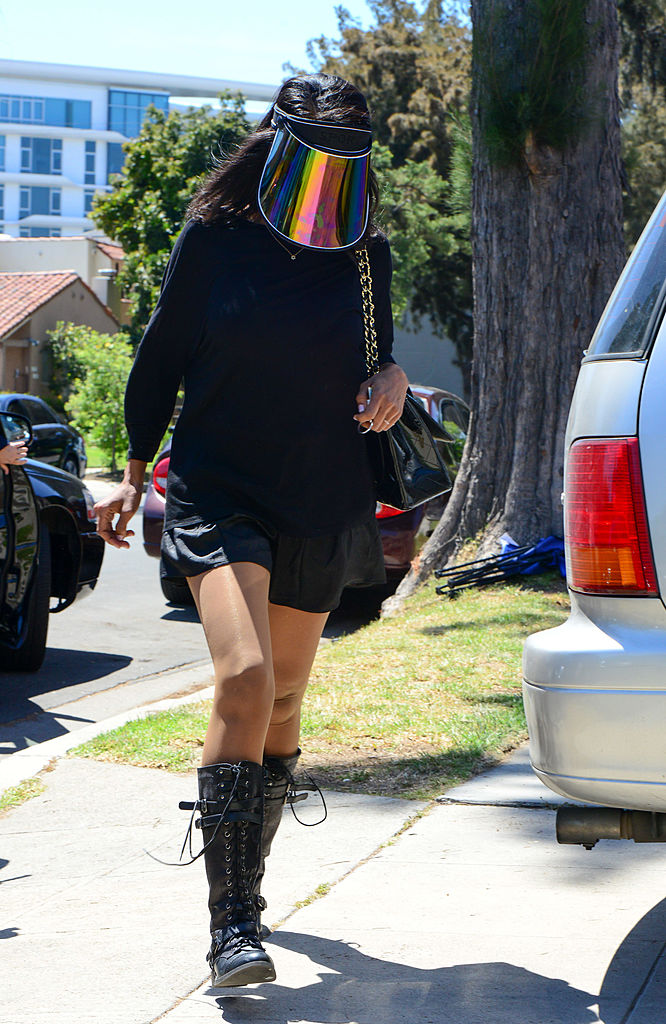 V. Stiviano was at the center of the Donald Sterling scandal after audio Stiviano recorded of Sterling exposing his racist viewpoints was leaked to the public. Stiviano stood by Sterling publicly and tried to rectify his reputation through televised interviews but the damage was done. Sterling was banned from the NBA for life and lost ownership of the LA Clippers.

Stiviano disappeared from the spotlight after the media attention surrounding the incident died down but people’s fascination has been reinvigorated following Quibi’s new documentary, Blackballed. The documentary explores how the scandal changed the NBA.

V. Stiviano was made famous after a recording she made exposing Donald Sterling’s racism was leaked to TMZ

Stiviano began working for Sterling at his charitable foundation and eventually was promoted to his personal assistant. She later told Barbra Walters during an interview that her relationship with Sterling was strictly platonic and that he was like a father figure to her.

Despite such, the nature of their relationship appeared to be on the lines of romantic when TMZ leaked audio recorded by Stiviano of Sterling angrily ranting about her affiliation with black men.

Stiviano posted a photo of her with NBA legend Magic Johnson and posted it to her Instagram account, which enraged Sterling. On the audio, he was overheard telling Stiviano:

“It bothers me a lot that you want to broadcast that you’re associating with black people. Do you have to?” He also told her that she could “sleep” with whomever she chose to but he forbid her from bringing people of color to his games.

The MCU to Reveal Professor Xavier’s Dark Side When the X-Men Join?

Stiviano shot back that like “those” men, she was of Black and Mexican descent and took offense to Sterling’s comments. Stiviano swore that she was not responsible for the leak. Instead, she blamed a friend as the culprit.

Sterling was known in NBA circles to be a racist. He’d been sued by former tenants of his California complexes for discrimination. NBA executives also filed lawsuits, alleging that Sterling made racial comments and did not pay them fairly.

Donald Sterling’s wife sued V. Stiviano to return all gifts to him

All the while Viviano was spending close and quality time with Sterling, who was almost 50 years her senior, Sterling was very much a married man. His wife, Shelly, often attended games with him and …