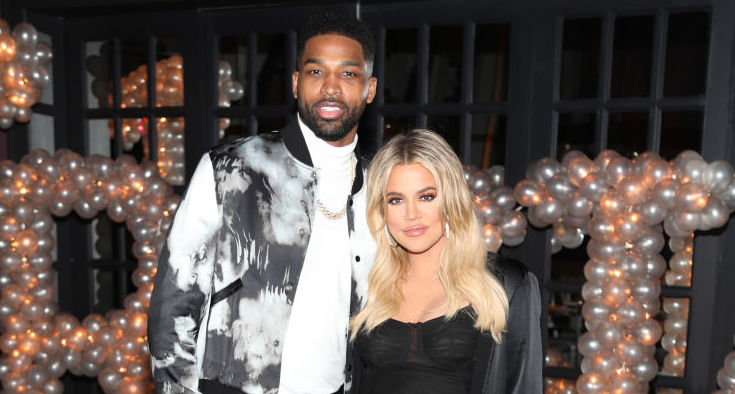 Have you seen Khloé Kardashian lately? The Good American co-founder posted a series of new Instagram photos on May 22 where she looked totally unrecognizable to her followers. They show her with what appears to be a darker skin complexion than usual and totally different facial features, which prompted many reactions on social media. Even her on-off boyfriend Tristan Thompson couldn’t help but comment on the post.

The photos show Kardashian wearing an off-white corset top with her bronde hair falling just below her collarbones. She captioned the post: “location: under b*tches skiiiinnnnn.”

Many people flocked to the comment section and gushed over the look, including Kimora Lee Simmons, Kris Jenner, and Malika Haqq. But others couldn’t get over how different she looked, speculating that she either got plastic surgery or Photoshopped the pictures. Fans even went as far as accusing Kardashian of trying to look like her BFF, Haqq.

As for Thompson’s thoughts on her new look? Frankly, he seems to adore it. The NBA star hit the comment section and gushed over how much of a “baddie” Kardashian is. He also tacked on a heart emoji before adding: “P.S I’m all for the caption.”

What exactly is going on between Tristan Thompson and Khloé Kardashian?

These two were on the outs for a while after Thompson’s infamous cheating scandal with Jordyn Woods. But they put their personal issues to the side for the sake of their daughter True Thompson, who was born in April 2018.

And as time has gone on, it appears that their own relationship has drastically approved. Thompson has been welcomed back into the family and often appears at their events.

This has led fans to believe that they are secretly back together, but multiple sources have refuted the rumors, insisting they only spend so much time together due to True. However, that’s not to say that a reconciliation won’t happen. In fact, a source told HollywoodLife back in January that it could very well happen at some point in the future.