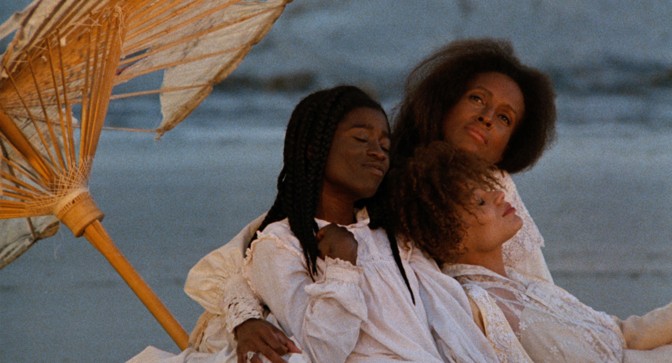 The word unique has to be one of the most overused descriptors in show business; if every movie that got touted as one-of-a-kind by its marketing team actually was, there’d be no further complaints about Hollywood creativity. But every once in a while, I’ll have a cinematic experience that feels genuinely unprecedented, when a work plays with the medium and its modes of storytelling in ways I didn’t think possible. The 30 movies I’ve gathered below—all of which are available to watch online—are singular, whether they’re experimental documentaries, visionary works of animation, or labyrinthine epics. Each is unforgettable, and a reminder of cinema’s potential to flout narrative convention, subvert visual traditions, and find new ways to express timeless themes.

The Act of Killing (2012, directed by Joshua Oppenheimer)

Joshua Oppenheimer’s documentary focuses on Anwar Congo, an Indonesian gangster believed to have presided over the deaths of thousands during the country’s horrifying anti-Communist purge in the 1960s. But within the film itself are more films—bizarre and mesmerizing ones. That’s because the director encourages Congo and his friends to make their own movies about their experiences, which they render as warped Westerns and musicals, surreal admissions of guilt filtered through their own memories and cultural obsessions. It’s an emotional, sometimes beguiling, and more often horrifying watch, and a way of interrogating unimaginable subjects that I had never seen attempted in a documentary before.

How to watch: Stream on Hoopla and Prime Video

[Read: “The Look of Silence” revisits the events of “The Act of Killing” from the viewpoint of the victims]

Kirsten Johnson is the most exciting nonfiction filmmaker alive, and Cameraperson is perhaps her magnum opus—a patchwork composed of footage both from her own life and from the many movies she has shot over the years. She takes idiosyncratic scenes and searing moments she’s captured with her lens in the past two decades and shapes them into a kind of nonlinear poem. Though Johnson is rarely seen or heard in her film, her presence is felt throughout, and she finds clever thematic links between her own experiences (including the death of her mother) and footage she has collected. At one point in the movie, a quantum physicist explains the notion of entanglement to Johnson, and that functions as the thesis of this strange collage—that in simply viewing and recording events, a filmmaker is tied up with …