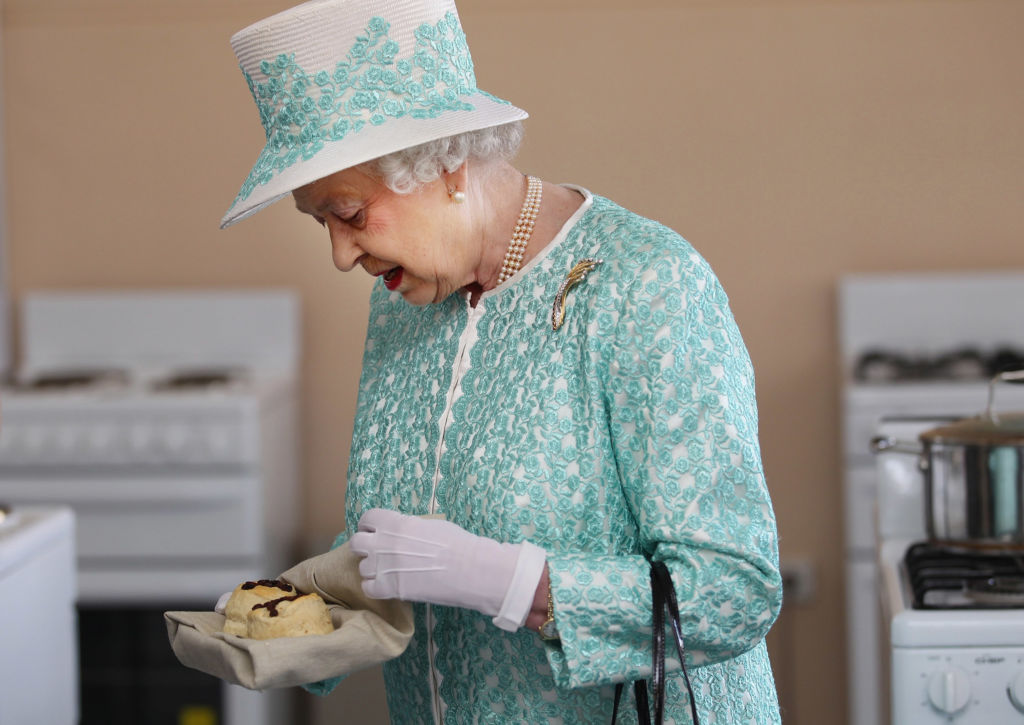 When chefs cook for Queen Elizabeth II you would think they have a specific checklist from the monarch about what she wants and how to prepare it. But according to her former chef, there weren’t a ton of restrictions and one thing she never worried about with her food.

Read on to find out what the queen never asked about, plus what happened when she got an unexpected surprise in one of her meals.

What Queen Elizabeth typically eats in a day

The queen usually has four meals a day–breakfast, lunch, afternoon tea, and dinner.

She keeps things simple for breakfast, eating a bowl of Special K cereal. However, she is particular about the sandwiches served with her tea as the edges with the crust must be cut off. For lunch and dinner she likes vegetables and a piece of meat, but she only takes her meat one way–well done.

Her former chef Darren McGrady revealed that there is something she never concerned herself with though.

There were no restrictions when it came to this

RELATED: Queen Elizabeth II Has a Favorite Dessert Fit For a Royal That You Can Make at Home

McGrady told Delish that the queen’s favorite meal was a well-done Gaelic steak with a thick creamy sauce. He also dispelled reports that she always had a healthy diet.

“One of the things I soon learned working for the queen was that all of the dishes were rich in cream and butter and fat,” he said.

‘Rick and Morty’: Which Beth Is the Real Clone? Here’s Why the Answer Really Doesn’t Matter

McGrady added that the monarch wasn’t into counting calories.

“Calories didn’t really matter. We could use as much cream and butter in the dishes as we wanted to, and it just made them taste amazing,” he explained.

How the queen reacted when she …