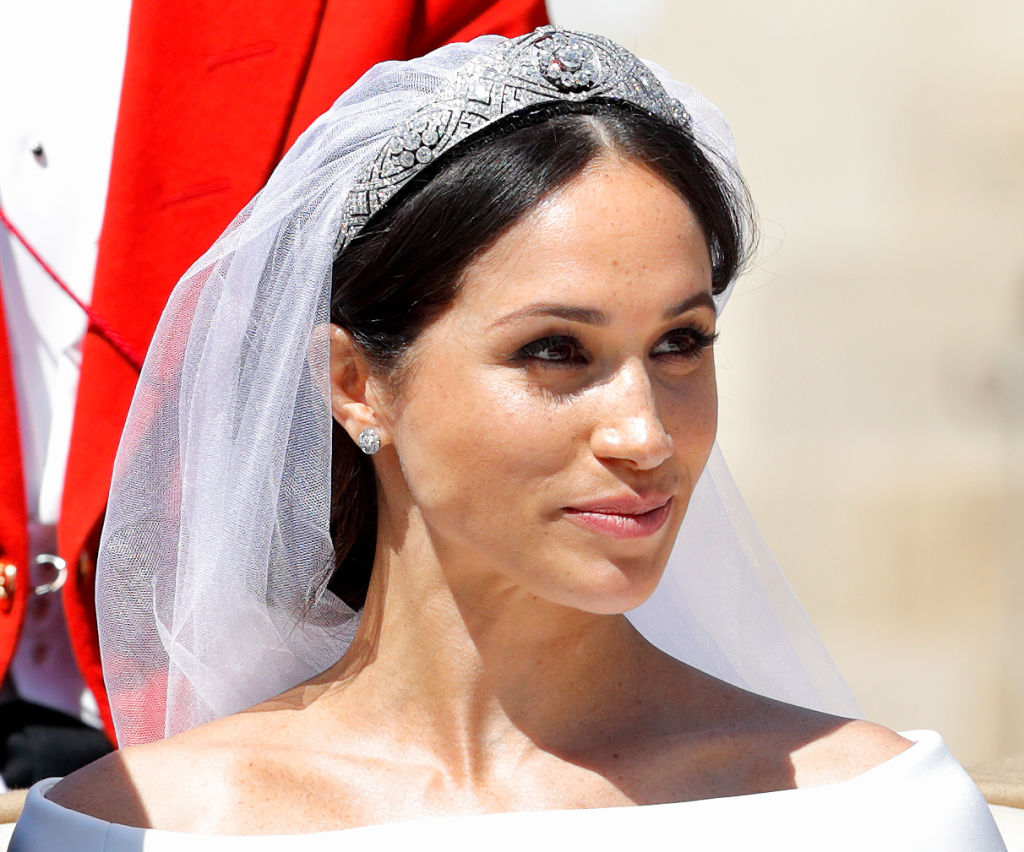 The only time Meghan has ever worn a tiara

The Duchess of Sussex has only worn a tiara one time and that was on her wedding day.

When Meghan and Prince Harry tied the knot on May 19, 2018, the former actress wore the

Meghan, Duchess of Sussex and Prince Harry will officially step down as senior members of the royal family on March 31. While no one knows for sure what their new reality will look like, there have been questions about Harry’s wife since she is still a member of the family but won’t be representing the crown going forward.

Many fans are wondering if Meghan will still be able to wear certain jewels and accessories after she is no longer a senior royal. Read on to find if the duchess could wear a tiara again following Megxit.

The Duchess of Sussex has only worn a tiara one time and that was on her wedding day.

When Meghan and Prince Harry tied the knot on May 19, 2018, the former actress wore the bandeau diamond tiara, which was made in 1932 for Queen Mary. The last time the public saw the piece before that was back in 1965 when Princess Margaret donned it.

Although the headpiece Meghan ended up wearing that day was stunning, there have been multiple reports that it was not her first choice. Harry’s bride reportedly wanted to wear the Vladimir Tiara but the queen stepped in and told the prince that Meghan cannot have everything she wants and she wouldn’t be lending out that tiara.

In an interview, Meghan said she chose the bandeau diamond tiara after visiting Buckingham Palace to see the queen and view some “options.”

The reason Meghan didn’t wear a tiara following that day is because she simply didn’t have the opportunity to.

Hello! magazine noted that the duchess had not attended any of those affairs. When the Netherlands state visit took place in October 2018, Harry and Meghan were away on their royal tour of Australia and New Zealand. And when President Donald Trump visited in June 2019 Meghan was on maternity …