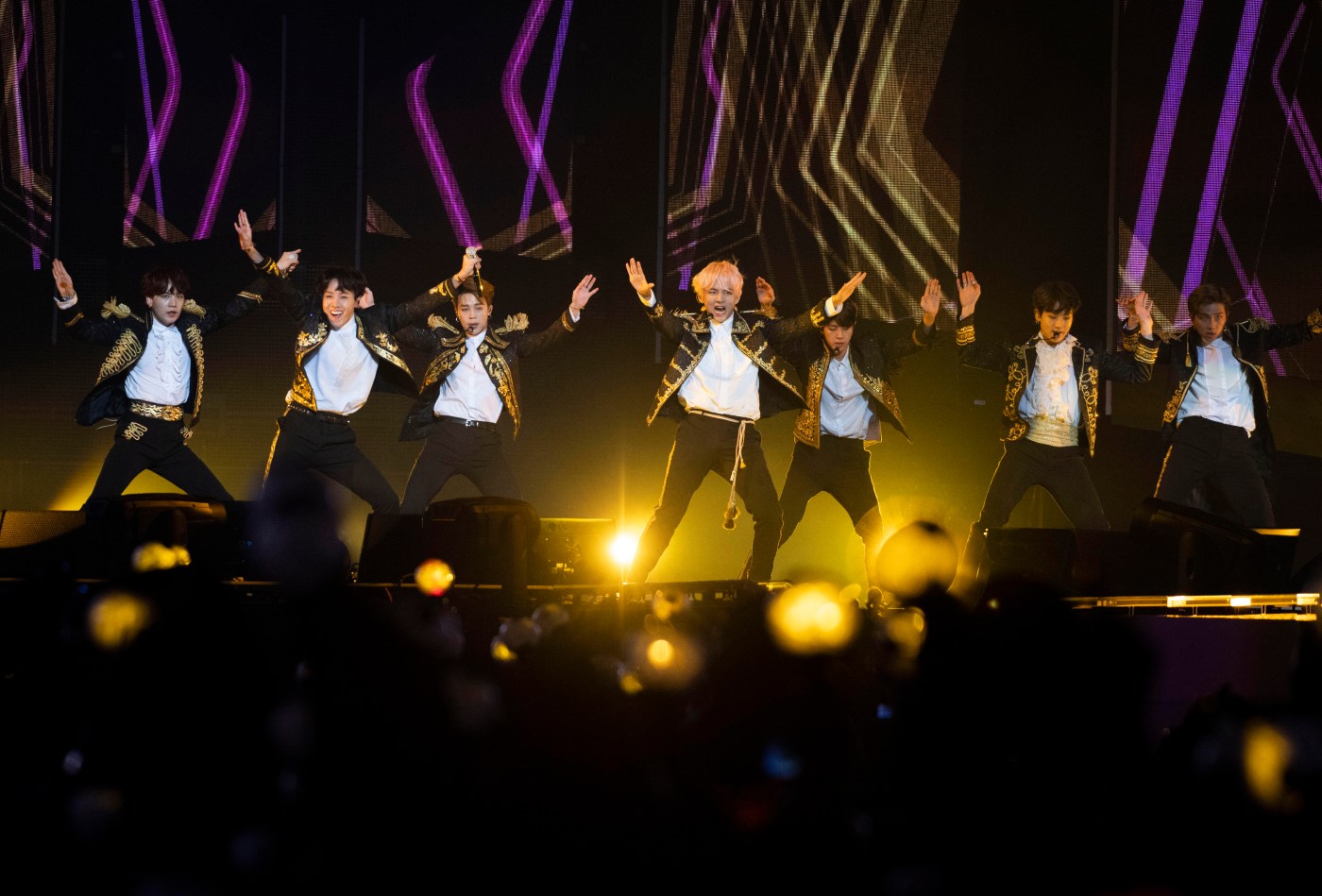 CLICK HERE if you are having trouble viewing these photos on a mobile device.

Yes, of course, we’re talking about BTS’ massive Map of the Soul Tour.

The trek was supposed to kick off on with a two-night stand, April 25-26, at the 49ers’ Levi’s Stadium in Santa Clara — smack dab in the middle of the county that has been hardest hit by COVID-19 in all of Northern California.

But those dates have now been officially postponed, as well as the three-night stay at the Rose Bowl in Pasadena.

No word on when these shows might be rescheduled.

This official postponement only confirms what many assumed would have to happen, given that basically every other major Bay Area concert originally scheduled for April has already been postponed, including dates with the Eagles, Celine Dion, Lauren Daigle and Billie Eilish, as officials try to limit people from gathering together.

Plus, BTS will draw much larger crowds than any of those other shows. Some 100,000 fans were expected to turn out over the course of the two shows at the home of the San Francisco 49ers.

Is it a good “bet” that @taylorswift13 postpones tour? https://t.co/W0bkdvs3dt

The great @Lauren_Daigle – who has one of the best voices in all of music – has rescheduled several tour dates, including stops …