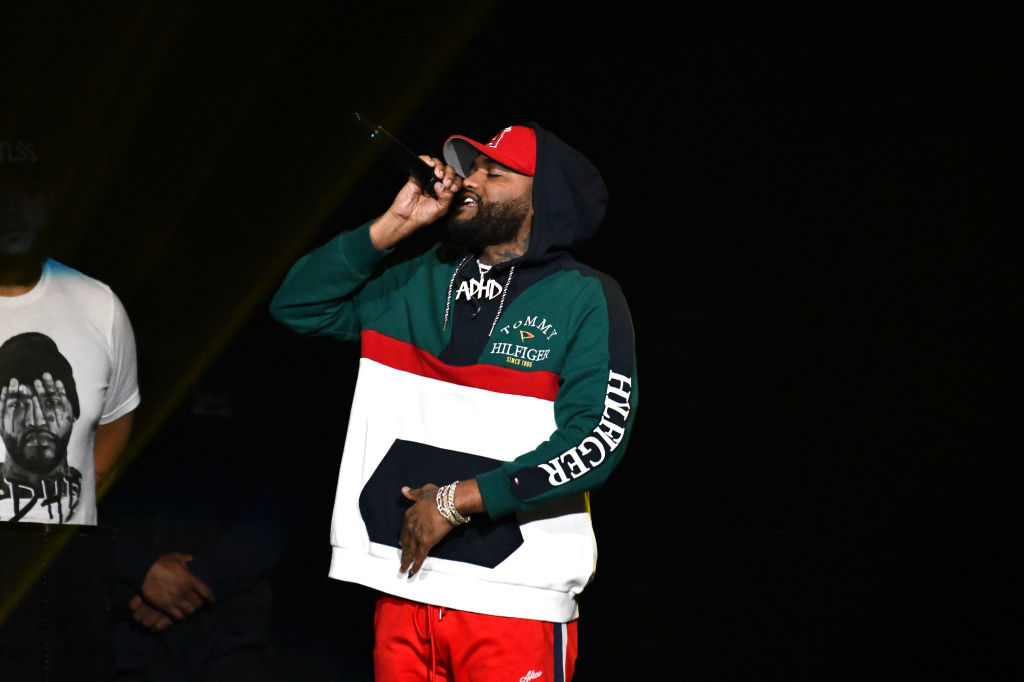 “One of the lines you say in there, ‘You inspire people and you don’t even know it,’” he said. “It has been my intention from day one to really go into the world and just put positive energy and to be able to use my creation to inspire and elevate and empower.”

Will Smith hypes up Joyner Lucas

Lucas’s Will video already got over three million views and nearly 400,000 likes on its own, but it couldn’t hurt to have the man himself hype it up more. Smith encouraged his fans to see the video if they haven’t yet.

“Oh, all of y’all, swipe up so you can see what I’m talking about,” Smith said. “This video is ridiculous.”

Read the original article from

Joyner Lucas released a video on March 25 for his song Will. Joyner raps about how Will Smith inspired him and recreates many of the actor’s most memorable roles. On March 26, Smith himself shared his reaction to the video thanking Lucas for his tribute. See the video and read the reaction below.

Joyner Lucas raps the career of Will Smith

Smith began his career as a rapper himself. First, he called himself The Fresh Prince with hits like “Parents Just Don’t Understand” and “Nightmare On My Street,” along with D.J. Jazzy Jeff. Once he became a movie star, he released more music under his own name, tracks like “Gettin’ Jiggy Wit It” and “Just the Two of Us.”

Lucas dresses as characters from The Fresh Prince of Bel Air, Bad Boys, Men in Black, Wild Wild West, I Robot, Shark Tale, Pursuit of Happyness, I Am Legend, Concussion and Aladdin. He uses green screen to put himself into some of the footage too, no small feat considering Shark Tale was animated.

Surprisingly, he doesn’t do Independence Day, Smith’s first blockbuster movie, or Hitch, his popular rom-com. Smith has many more movies, so Lucas picked the ones he featured in the song.

Lucas raps, “I’m feeling like Will. I think I’m a prince, I’m feeling myself. I’m loaded with bills because I wasn’t blessed with no Uncle Phil.” He’s referring to the character of Smith’s rich uncle from The Fresh Prince of Bel Air, played by the late James Avery.

It’s one thing to write a song and make a video about someone you idolize. It must be satisfying to get a direct response from that subject. Smith sent Joyner a message in his Instagram stories.

“Joyner Lucas, yo,” Smith said. “That joint is crazy. Dude, I am humbled and honored. I just love what you’ve done. It’s creative. Brother again, humbled and hope to meet you one day.”

Joyner Lucas got this lyric right

Fans may enjoy lyrics about Jada, Smith’s wife Pinkett Smith, or his kids Willow and Jaden. Lyrics like “They call me Big Willie, I think I’m Mike Lowrey” refer to his Big Willie Style album and Bad Boys character. The line that resonated with Smith was, “Homie’s my idol and don’t even know it.”