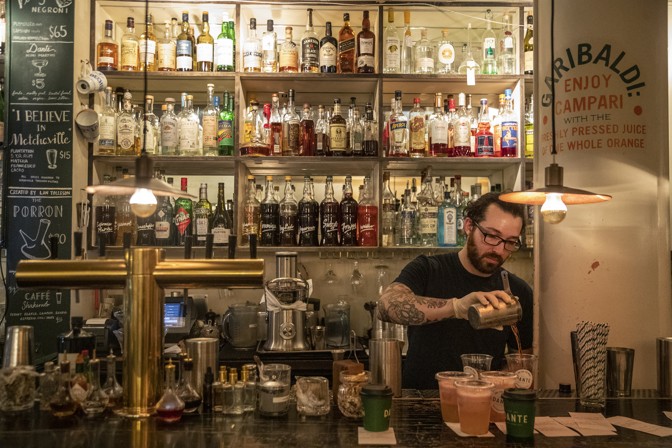 “I’m well,” Rose Previte said when I reached her on the phone, in answer to my standard “How are you?” Then she caught herself. “Why did I say that? Let’s be honest. We’re fucking terrible.”

Like many independent restaurant owners—all the ones I talked with, and thousands more—Previte had had the worst week of her professional life. She and three fellow managers at her two D.C.-based restaurants, Compass Rose and Maydan, had called each of her 80 or so employees to tell them to apply for unemployment right away. They were being technically laid off so that they could file for cash relief, Previte said, but she didn’t think of these as layoffs. More like furloughs during a government shutdown. “I told them I wanted each one of them back,” she said. She and her business partners would also pay 100 percent of every worker’s health insurance at least through April. The decision to protect her workers’ health care even if she couldn’t pay them, she told me, “makes me feel 1 percent better.”

She needed to do anything to make herself feel better. “This is so wildly out of control,” she said. “We’re fixers. In restaurants you have to fix things in a minute’s time. We make game-time decisions to make people happy. The fact that I can’t fix things now is breaking my heart.”

Previte turned Maydan into a takeout restaurant overnight—an option she had worked “so hard” to avoid, she said, because she wanted to join people together at the same table—as a way to give hourly work to her kitchen staff. If it goes well, she’ll add delivery as an option, to give some work back to laid-off servers. When I told her I’d order my dinner that night from her new site, I thought I heard Previte, who had kept up her usual rapid-fire, I’ve-got-this tone, choke up as she thanked me.

How to get cash into servers’ pockets—and food onto the plates of the many thousands more gig workers suddenly without income—is the key question for restaurant owners across the industry. For workers, the shock was equally sudden. Lillian DeVane, a bar manager in Brooklyn, “felt unsafe” as the coronavirus started its incursion but restaurants stayed open. Closing was the only way to protect both workers and customers from infection: “You don’t really take sick days,” she told me matter-of-factly, “even if you have them. We’ve been …