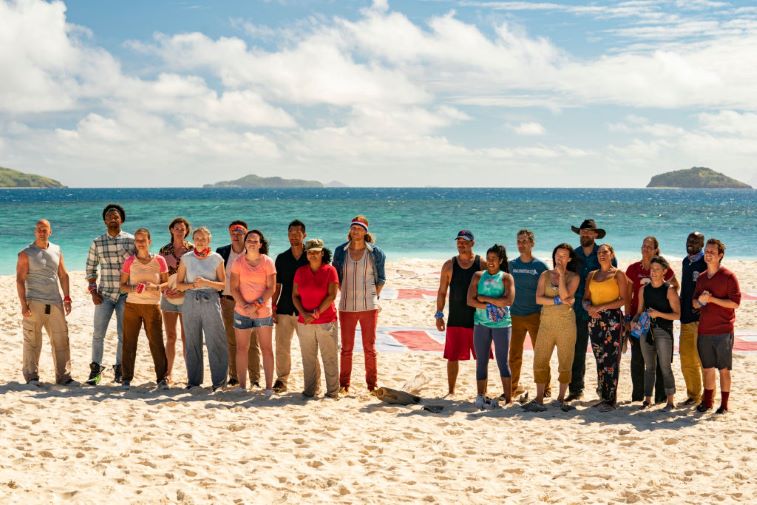 Survivor winners Boston Rob Mariano and his wife Amber Brkich Mariano are back on the show this season for Winners at War. Twenty of the past Survivors who won $1 million are now competing for the title of sole Survivor and a $2 million prize.

Since the show is in its 40th season, it doesn’t seem like it will ever end. Let’s look at whether or not Mariano’s kids will have a chance to be on the show in the future.

‘Survivor Season 40: Winners at War’ contestants | Robert Voets/CBS via Getty ImagesHow many kids do ‘Survivor’ winners Boston Rob and Amber have, and how old are they?

Mariano and Brkich met on season eight during Survivor‘s first All-Star season. They quickly became close and went to the end together. Brkich won the $1 million with a 4-3 jury vote. The pair were engaged during the live finale of All-Stars and then married during a 2005 televised ceremony.

The Marianos now have four children; all girls. Lucia Rose is their oldest daughter. She was born on the Fourth of July in 2009 and will turn 11 this year. A short 17 months later, their next daughter, Carina Rose, was born on Dec. 10, 2010. Carina is now nine years old.

On May 5, 2012, Mariano and Brkich welcomed their third baby girl, Isabetta Rose, who is turning eight this spring. The last of the Mariano girls was born on June 20, 2014. The youngest, Adelina Rose, will turn seven this year.

Do Mariano and Brkich want their children to compete on ‘Survivor?’

Season 39 of Survivor marked a massive milestone for the girls. All of the Mariano kids were finally old enough to watch their father on the show. When asked whether or not his daughters will continue the family legacy of competing on Survivor, Mariano told reporters the decision is up to the girls.