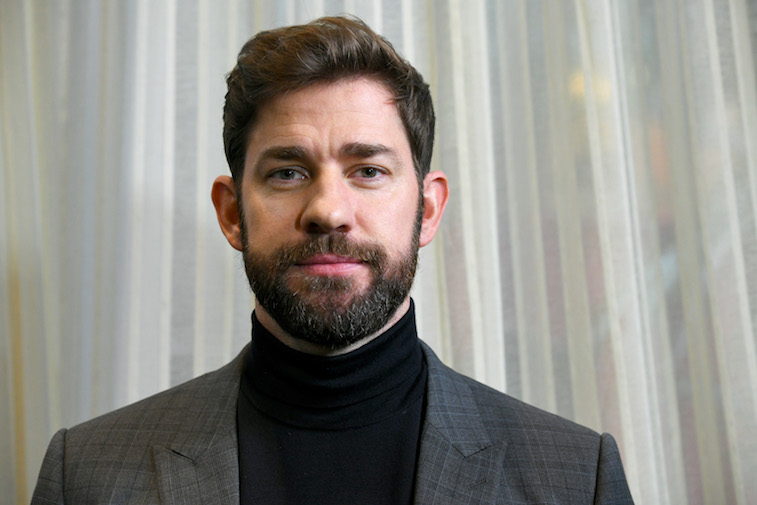 One has to wonder if any alt-realities didn’t hire Chris Evans to play Captain America, though, since he fit the bill almost perfectly. Not that other actors didn’t try out for the part, including John Krasinski.

Everyone knows Krasinski as Jim Halpert on The Office for eight years, and the writer/director/producer of the A Quiet Place movie franchise. Around the time he was just wrapping up his role as Jim, he reportedly auditioned for the role of Captain America at Marvel.

He lost to Chris Evans, something Krasinski seems relieved over nowadays. Or was it a perfect setup to play a future MCU character?

Screen Rant recently mentioned an interview where Krasinski is shown to say he didn’t mind losing the role of Cap to Evans. He says latter was perfect in the role and no one could have done any better.

They’ve since become friends as a result, mostly because they’re on an equal plane in Hollywood success. Evans can still do some meaningful movies after finding a way to find an aesthetic distance from the MCU for the last decade. Krasinski now has major clout in Hollywood to do anything he wants.

Indeed, Krasinski said he couldn’t have done A Quiet Place (or its sequel) had he been stuck playing Captain America for ten years. The message this sends is perhaps one of wondering whether it’s really best to be sucked into the MCU black hole considering the potential circumstances after leaving.

When looking at this twist of movie history fate, perhaps Krasinski is the real winner in the end.

.@JohnKrasinski told me about auditioning for the role of Captain America. pic.twitter.com/PPqv8a1ZkF

— Ellen DeGeneres (@TheEllenShow) February 10, 2020There’s all possibility Krasinski will still be a part of the MCU eventually

At least Krasinski says he’s still interested in joining Marvel down the road. He’s had his eye on playing Mr. Fantastic if The Fantastic Four is ever rebooted.

He would make for a perfect Mr. Fantastic, particularly because he was able to get himself ripped for recent roles like 13 Hours. Many would want Emily Blunt to join him as Sue Storm, something seriously bantered around.