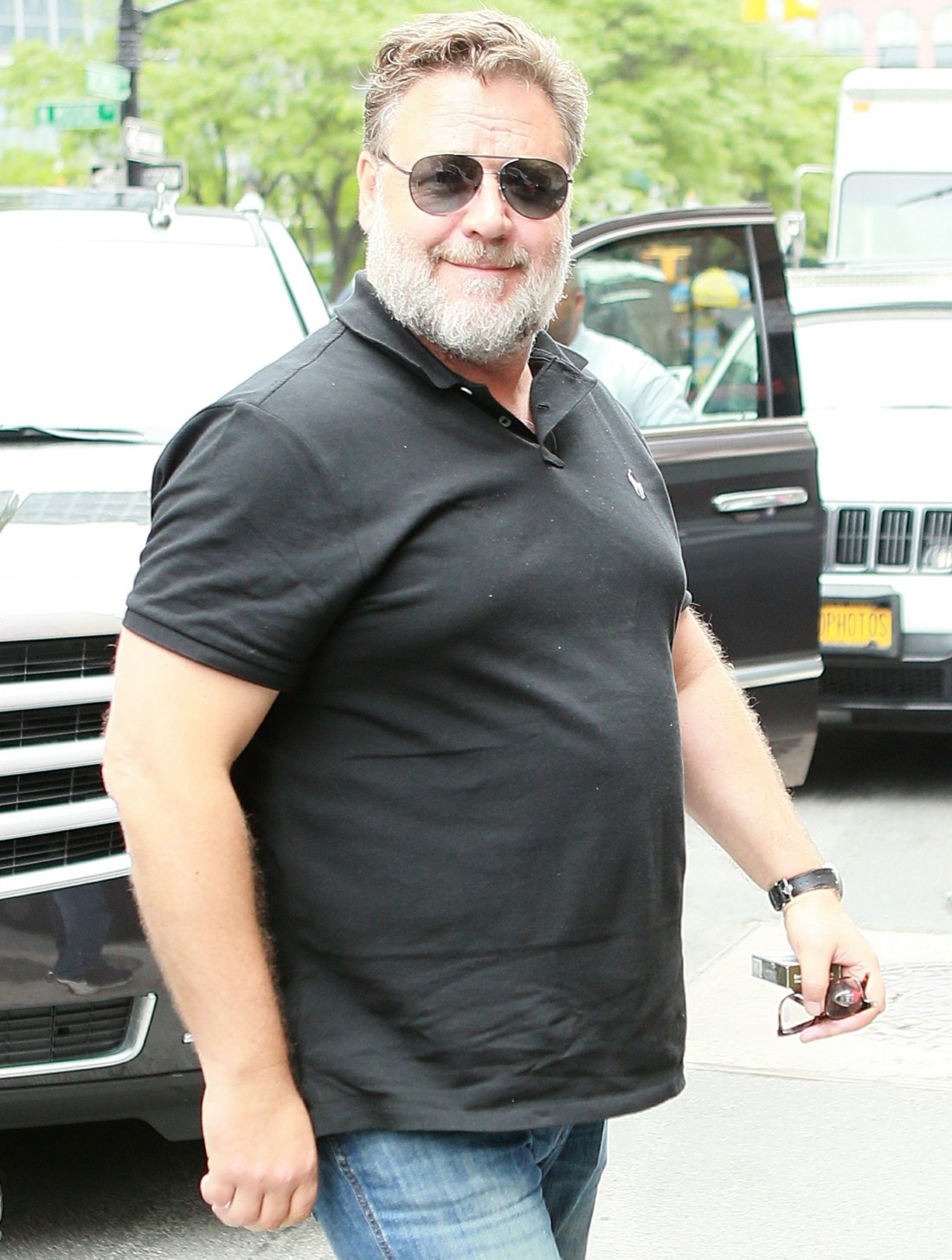 Back in the day, Russell Crowe was hot stuff. Gladiator-era, although I always thought he was absolutely gorgeous in LA Confidential. Late-’90s and early-’00s Russell Crowe was SO attractive, and the youths probably don’t know that. It started going off the rails for him, looks-wise, in the mid-to-late ‘00s. Of course, his personality was never all that great, even back when he was beautiful. There were thrown phones and tantrums and terrible behavior in those years. And in recent years, he often comes across as a boorish, sexist a–hole.

Now, all that being said, looks-wise, I approve of Meaty Crowe. I’ve never had a problem with Rusty when he’s a bit portly. The man clearly loves food and God bless, I won’t judge him for having a big appetite. His weight fluctuates wildly, depending on the roles he takes and, frankly, whether or not he’s fighting his natural “thick” body. He shouldn’t be ashamed of it, in my opinion. But he’s apparently worried:

Adele isn’t the only star undergoing an inspiring physical transformation. Sources exclusively tell Page Six that Russell Crowe — the onetime hunk of “Gladiator,” who was more recently photographed looking nearly unrecognizable after bulking up for a movie role — has been keeping a low profile while he sheds pounds and gets in shape.

An insider told us: “The reason no one has seen Russell in a while is he’s dieting. He wants to emerge after his body looks better.” Crowe’s been known to physically transform for film roles — and there was some speculation he packed on the pounds for his upcoming road-rage thriller, “Unhinged.” He’s also starring in another thriller, “The Georgetown Project,” and he’d also bulked up to play Roger Ailes in last year’s miniseries “The Loudest Voice.”

But a source said of the Oscar winner: “He was embarrassed by those photos of him with his belly out … He likes to eat. He eats a lot of steaks and junk food. It’s tough for him to switch gears into a healthier lifestyle.”

LOL, does he “gain weight” for certain roles, or does he just take roles where he won’t have to lose weight? Anyway, again – this is where I find Russell Crowe at his most relatable as a celebrity. He’s not eating an organic diet and he …