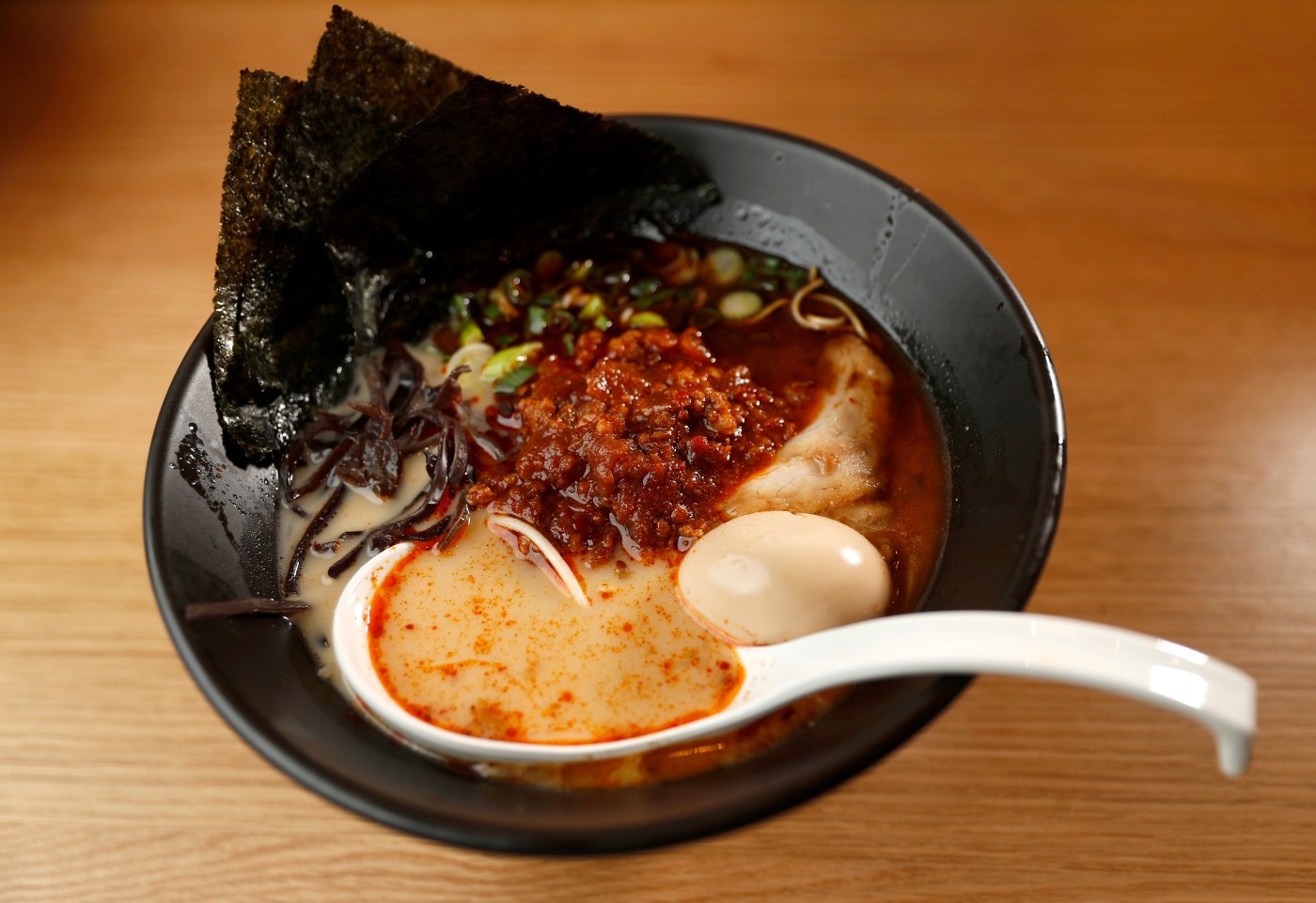 Ippudo’s Shigemi Kawahara is credited with transforming the ramen experience, with good reason. Until he came along, this was a humble Japanese bowl eaten by working-class laborers in equally humble restaurants. He saw the dish differently, however — as a “cosmos created in a bowl,” his website says, a “trinity” of soup, noodles and topping that comes together with originality and creativity. He also thought ramen should be served in a more stylish environment.

With that vision — plus entrepreneurial spirit and design savvy — in 1985 he opened a ramen shop in his hometown of Fukuoka that experts say changed the future of the ramen industry. Thirty-five years later, the enterprise now numbers 220 in 15 countries.

Silicon Valley’s first Ippudo officially opens Friday at the Main Street Cupertino center. We stopped by during a preview dinner to check out the scene and the food:

THE VIBE: Bright and welcoming. A massive ropes artwork symbolizing people from different cultures and walks of life coming together hangs appropriately over a large communal table. Altogether, this full-service restaurant has booth and counter seating for 64, and plenty of Instagrammable options, from the cooks making ramen in the open kitchen to the patrons unspooling noodles at their tables. Painted on the walls is the word “zuzutto” — an onomatopoeic to describe the sound of one slurping noodles. So slurp away.

THE FOOD: Three ramens start with tonkotsu pork broth: the creamy Shiromaru Classic ($12.80), the garlicky Akamaru Modern ($13.80) and the Karaka Spicy ($13.80), all served with pork belly chashu, kikurage mushrooms, bean sprouts and scallions (egg, other add-ons are extra). Sesame broth forms the base of the Akamaru Veggie ($13.80). And there’s a buttery rich Miso Tonkotsu ramen with corn and cabbage that’s exclusive to this Cupertino location.

Once you decide on which bowl, you’ll get to select the noodle firmness you like on a continuum from yawa (soft) to futsu to kata to bari kata (firm). New to ramen? Kata is the firmness closest to al dente.

Besides the special ramen, Cupertino features some starters found only here and at the recently opened West Hollywood location, such as Takoyaki (octopus), Tebasaki Chicken Wings, Boiled Gyoza, and rice topped with Mentaiko (cod roe), Chashu and Chicken Kara-age.