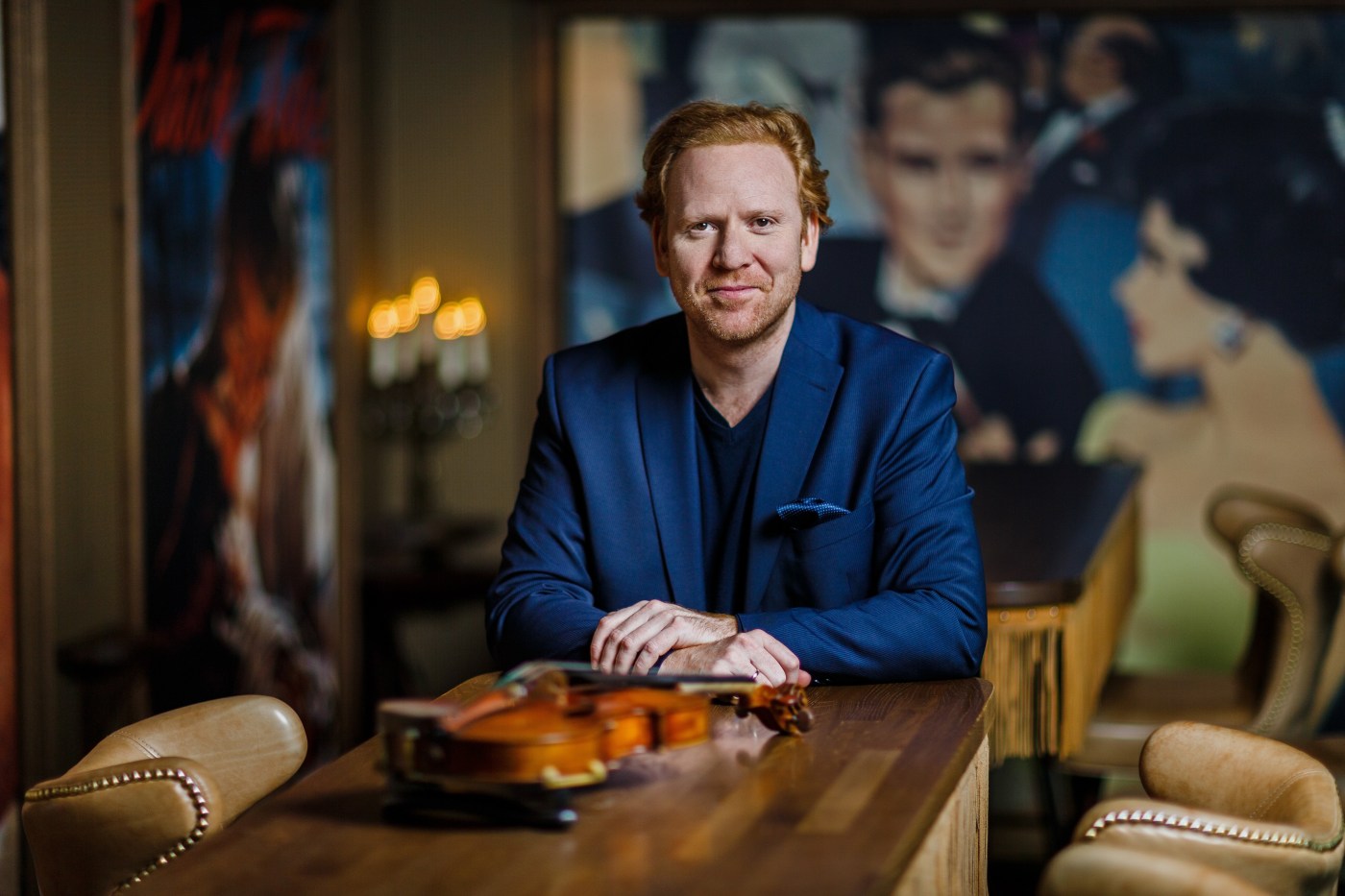 If the Violins of Hope project looks back to one of history’s darkest chapters, it also speaks to the resilience of the human spirit — and the need to always remember.

Drawn from a priceless collection of 86 recovered Holocaust-era stringed instruments, the touring group of 50 restored violins makes its West Coast debut this month for an eight-week Bay Area residency. With a number of events featuring the violins in performances, a full schedule of concerts, recitals, and chamber music runs Jan. 16-March 15.

Central to the residency is a new chamber work by San Francisco composer Jake Heggie. “Intonations: Songs from the Violins of Hope,” with a score by Heggie and libretto by Gene Scheer, makes its world premiere Jan. 19 at Kohl Mansion in Burlingame.

The premiere launches the two-month exhibit, and Patricia Kristof Moy, Kohl Mansion’s executive director of music, says it sets the tone in all the right ways.

“I wanted a joyful, celebratory concert — one of hope, community, and justice,” said Moy, noting that Heggie, whose work has often focused on humanitarian themes, was her first choice of composers.

Heggie, along with Scheer, spent months researching stories from the Holocaust. Music, says the composer, is essential to keeping history alive. “We have to keep telling these stories,” he said. “Cultural memory is so short.”

While writing “Intonations,” Heggie and Scheer agreed that the score for strings and voice required a vocalist of expressive power and nuance.

“The name that came up again and again was Sasha Cooke,” said Heggie.

A singer of pristine tone and vivid expressiveness, Cooke — who just finished a week of San Francisco Symphony concerts featuring Michael Tilson Thomas’s “Meditations on Rilke” — said she was immediately taken with the new score. “Music for me …