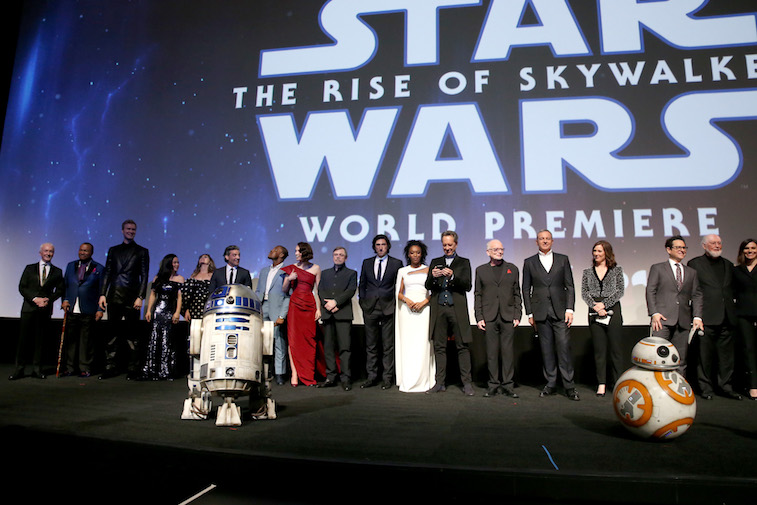 Once again, the Star Wars fandom is divided over The Rise of Skywalker. Some fans love it, finding it a thrilling conclusion to a nine-film saga. Other fans are severely disappointed, thinking the series finished with a half-baked mess that is deathly afraid to take any risks.

Star Wars fans don’t agree on a lot these days, but one thing some can agree on is that Rose Tico was unfairly sidelined. After The Last Jedi created the new character, The Rise of Skywalker seemed to go out of its way to keep her offscreen.

‘Rise of Skywalker’: What happened with Rose?

Rose Tico, played by Kelly Marie Tran, was an integral part of The Last Jedi. She is a mechanic working for the Resistance whose sister dies heroically in the bombing run that opens the movie. She meets up with Finn, who is trying to get off the ship to find Rey, and she thinks he’s deserting.

He explains the situation when it becomes apparent that the First Order is tracking the Resistance through hyperspace, something that had been thought to be impossible. Poe, Rose, and Finn figure out that the tracker can be disabled, but to do it, they have to find a codebreaker in an interstellar casino. Along the way, Finn and Rose kind of/sort of develop a romance.

Rose is invited to go along on the mission of Rise of Skywalker, and she explains she can’t because she has to stay at the base to be liaison to Leia. The Verge clocked Rose’s screen time in the movie, figuring out that she’s onscreen for less than two minutes. Many viewers took note of her absence and cried foul, thinking the film was trying to appease racist trolls who chased Tran off social media.

How do the filmmakers explain her relative absence?

The Rise of Skywalker filmmakers contended they had no nefarious motives. “One of the reasons that Rose has fewer scenes than we would like her to have has to do with the difficulty of using Carrie Fisher’s footage in the way we wanted to,” co-writer Chris Terrio explained. “We wanted Rose to be the anchor at the rebel base who was with Leia.

Carrie Fisher’s unexpected death soon after the completion of The Last Jedi hobbled the last chapter, because …