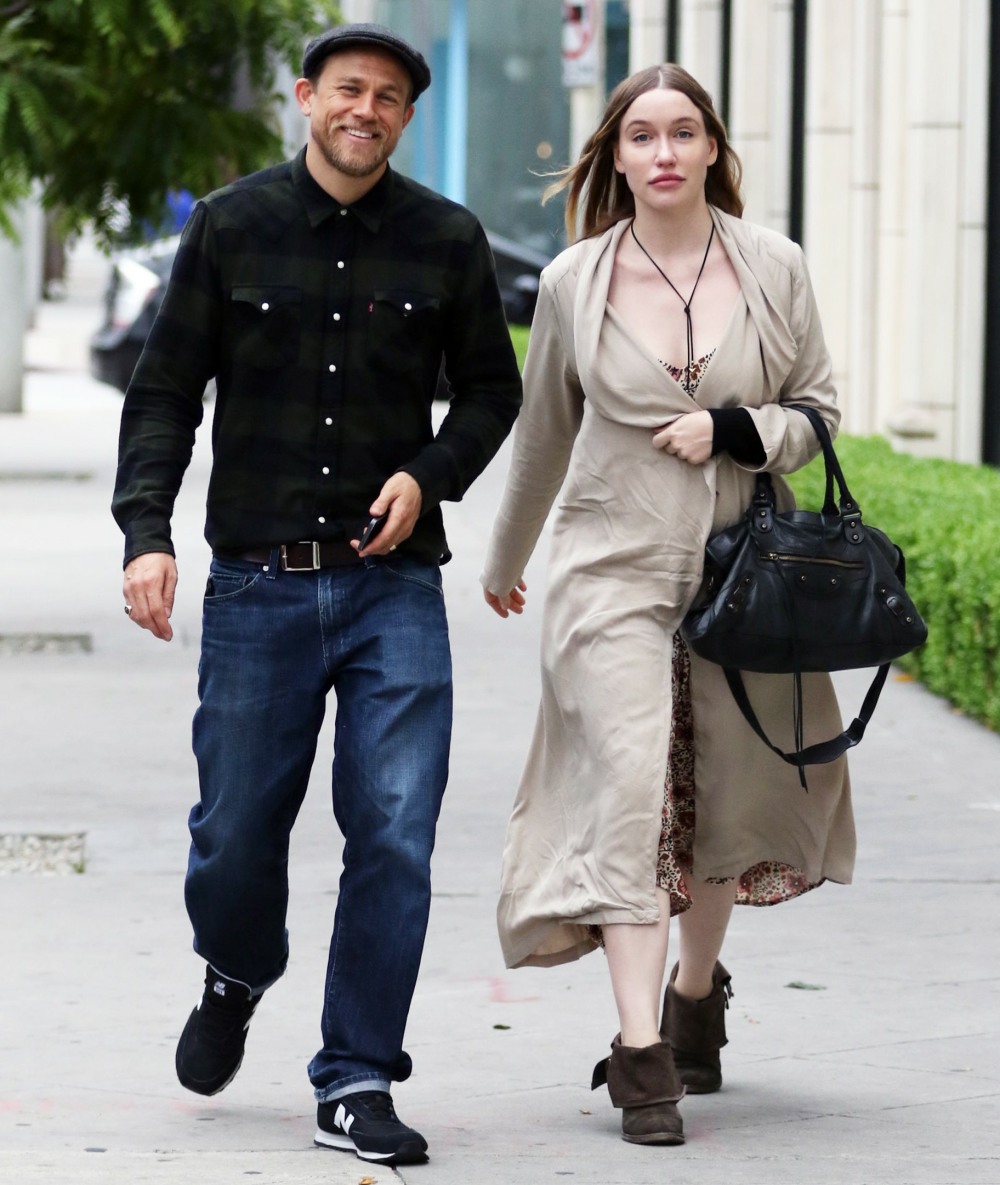 Circa 2016-17 was when Charlie Hunnam killed a lot of crushes around here. That’s when he wouldn’t shut up about how funny and special he was for ghosting his long-term girlfriend for months because of his “Method acting.” He’s been with Morgana McNelis for more than a decade. They are not married, but she sticks by him – or takes him back – even when he goes incommunicado for months at a time while he’s filming a movie. He doesn’t even email her or anything. Then he spends months laughing about how funny it is to ghost Morgana and she still takes him back when he’s done with the movie. Charlie seems like a mess in relationships.

Anyway, Charlie is currently promoting The Gentlemen with Hugh Grant and Matthew McConaughey. The three men sat down for an interview with Andy Cohen on his SiriusXM show. Cohen asked Charlie about how he’ll turn 40 this year and what his feelings are about marriage:

“I’ve been with my girlfriend for 14 and a half years… I think?! 13 and a half years, maybe? Oh gosh,” Charlie said when asked about his relationship status. “What is your POV about marriage?” Andy asked. Charlie responded, “Umm, sort of indifferent. She does not feel the same. She is very eager to get married. I’ll do it because it’s important to her, but I don’t have any, sort of, great romantic feelings towards it.”

Hugh Grant chimes in with a joke about how Charlie should not propose to Morgana using those words. I mean…how f–king disrespectful. I would be incredibly mad if I was in a relationship for MORE THAN A DECADE with a guy and I wanted to marry him and he was out there, talking sh-t about how he doesn’t want marriage and how I’m “very eager.” The whole thing is gross.