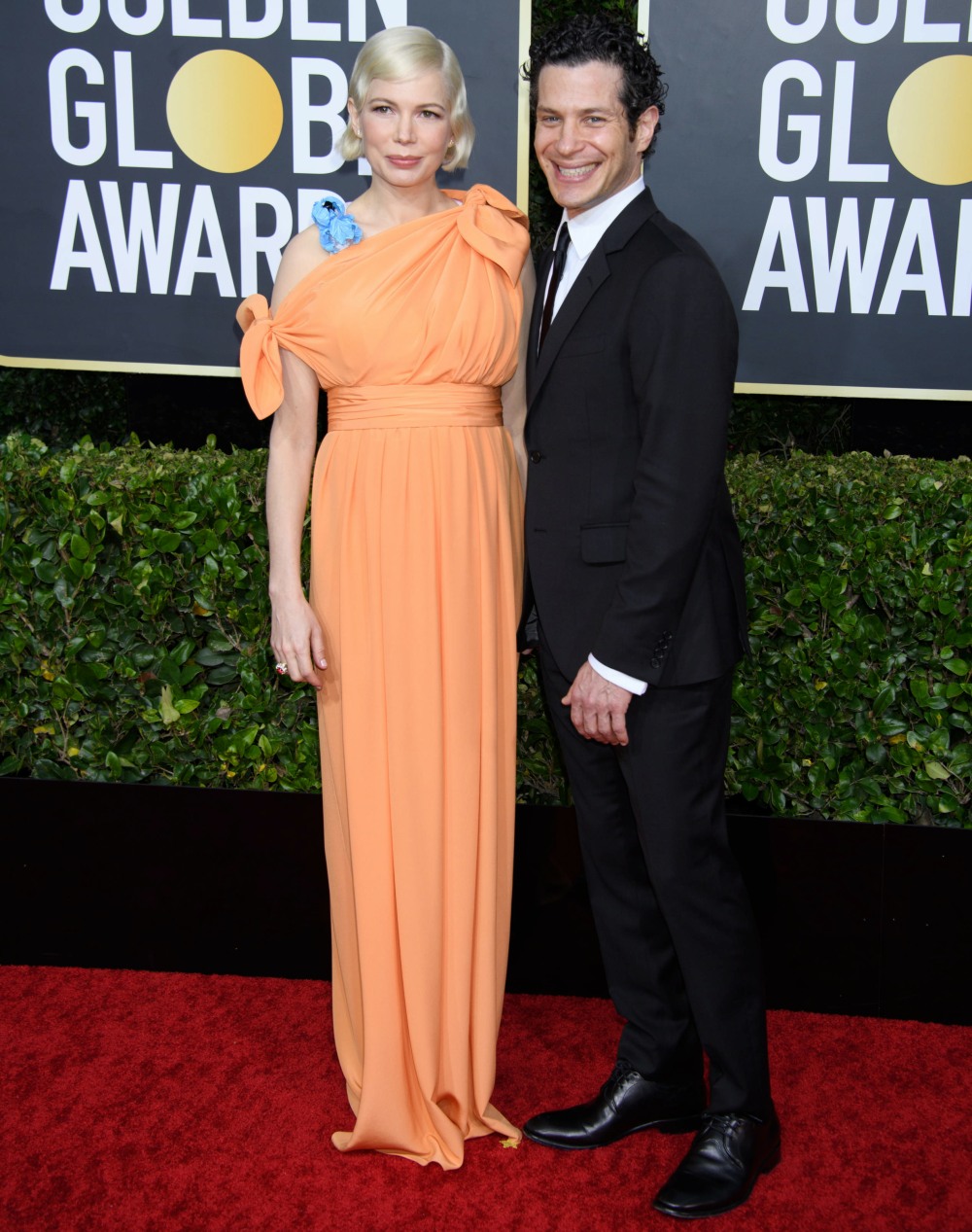 By now, we know that Michelle Williams and Thomas Kail were most likely having some kind of affair (whether emotional or physical) when they worked together on Fosse/Verdon last year. Her marriage fell apart soon after filming, and we don’t know when Kail’s marriage fell apart. But we do know that Michelle is already visably pregnant, and she confirmed their pregnancy and engagement in a glossy People Magazine rollout. People are really ignoring the shady circumstances and isn’t that just… interesting? Anyway, baby steps towards recognizing that this isn’t a perfect fairytale: Us Weekly’s source says yeah, this sh-t was MESSY.

When pregnant Michelle Williams arrived at the 2020 Golden Globe Awards with her new fiancé, Thomas Kail, she was undeniably glowing. However, the couple’s relationship started off a bit rocky.

“It’s messy behind the scenes,” a source reveals exclusively in the new issue of Us Weekly. Williams, 39, and Kail, 42, met on the set of the FX miniseries Fosse/Verdon. At the time, they were attached to other people, according to the source. The actress was newly married to singer-songwriter Phil Elverum (they split in April 2019 after less than a year), and the Hamilton director had been wed to actress Angela Christian since 2006.

After their respective splits from their spouses, Williams and Kail “fell hard and fast for each other,” the source tells Us.

“After their respective splits…” Sure. And that’s when Matilda set them up, right? Lord. And Michelle wants to walk down the aisle before she gives birth too:

Wedding bells! When pregnant Michelle Williams stepped onto the Golden Globes’ red carpet in Beverly Hills on January 5 with new fiancé Thomas Kail, she was undeniably glowing. The Dawson’s Creek alum, 39, who’s mom of Matilda, 14, with the late Heath Ledger, is excited to extend her family with Kail, 42, a source exclusively reveals in the new issue of Us Weekly.

“They’re very happy and thrilled to be bringing a baby into the world,” says the insider. “They would like to be married by the time that happens.”

I said before that I thought she was probably about five months along, but now I’m saying it’s probably about four months? I don’t know, I’m consistently a bad judge of bump sizes and I think Michelle is pretty small to start with, so …