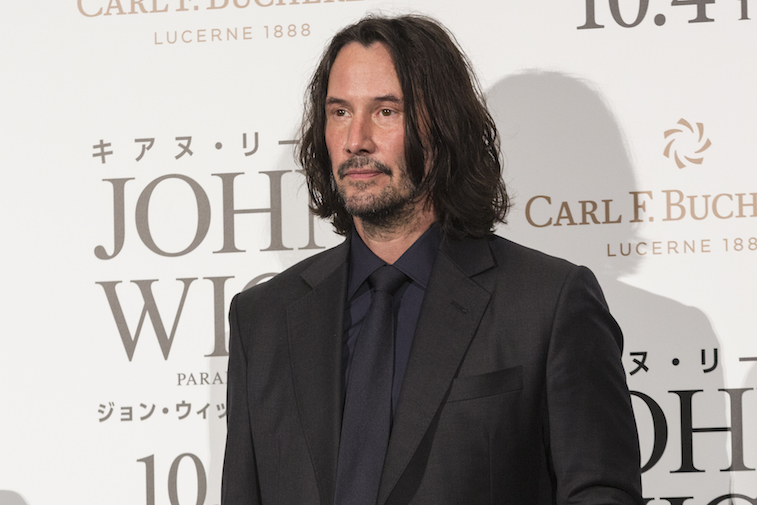 If it’s easy to call Keanu Reeves the ultimate Hollywood nomad who seems to magically find himself on the set of every major movie, he might be able to add even more to his filmography eventually. Rumors keep abounding he’ll appear in the MCU, namely The Eternals.

These unconfirmed stories are still just that, but it doesn’t stop Reeves’ fans from wanting him to act in virtually everything. Maybe he’ll accomplish that with his new career renaissance and uncanny ability to balance big movies like the new Matrix sequel, plus John Wick 4.

Despite these being enough, fans now want Reeves to appear in another iconic film franchise over the MCU. Should this happen, it might have to be for Disney+ rather than in a theatrical movie.

On YouTube, faux, fan-made trailers of specific actors appearing in big movie franchises are done all the time. Most of the time, they’re pure fantasy, but there could always be a time when one of them becomes an eerie harbinger of the future. One recently made with Keanu Reeves in the Star Wars universe has people talking.

No, this wasn’t Reeves in the Skywalker timeline. This was a video of him in the Old Republic era of the story. The video game series of these tales have become the talk of Star Wars lore, not including rumors the next films being made will take place in that era.

Yet, there isn’t anything definite Old Republic movies will be made. Even though David Benioff and D.B Weiss were going to write and direct films in this niche, there’s no telling what Kathleen Kennedy will approve now at Lucasfilm.

Even though the digital magic in the above fan video with Reeves is amazing, there probably won’t be any reality to it any time soon. However, there seems to be some logic from sources like Screen Rant that telling the stories of the Old Republic will eventually be inevitable.

Chances are good Keanu Reeves could be in anything

Nobody predicted Reeves would have the kind of renaissance to his career he’s enjoying now. At this point, he could act in virtually any franchise he wanted. The only thing stopping him is obviously time and commitments to other movies.